The conclusion could be expressed as ‘good in parts’, and we should probably strive for more female speakers and definitely more female panelists next time. 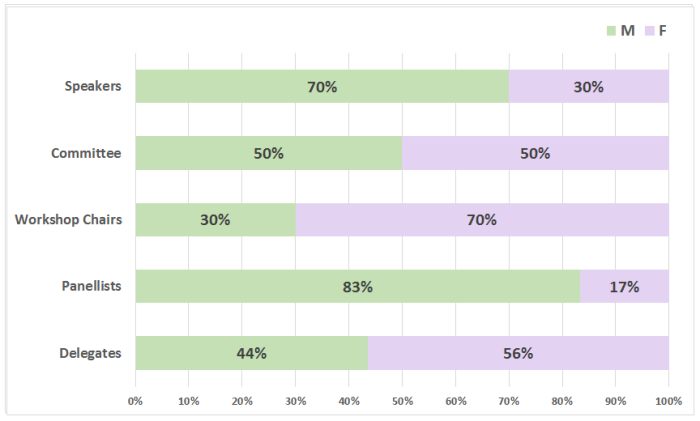 An article called From the podium to the boardroom: Encouraging gender parity in scholarly publishing by Lauren Kane and Alice Meadows, which has a particular focus on conference speakers, suggests that gender balance at other conferences (their data is from 2015, before R2R was launched) is quite variable. (The graphic below is adapted from their article.) 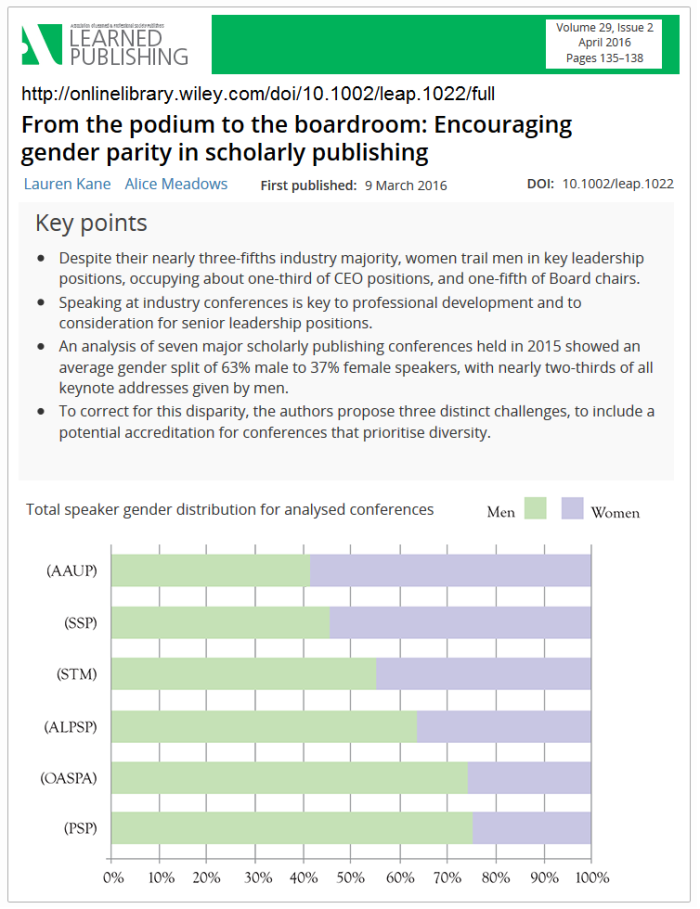 Of course, the gender balance for any one conference, in any one year, may be particularly skewed just by chance, but it is certainly a metric to keep in mind.